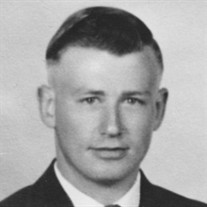 Allan James Pheasant Born July 17, 1935 Passed March 25, 2015 Allan James Pheasant, age 79, passed away peacefully at his home in Ephrata, Washington with his wife and his two youngest children and son-in-law by his side on Wednesday, March 25, 2015. Allan was born and grew up at Tonasket, Washington where he spent his youth with his friends and family roaming the countryside hunting, camping, fishing, and causing general chaos (albeit good hearted chaos!). His adult life saw him through any career and hobby that caught his fancy (of which there were quite a few), for his love of adventure and the need to see what life had in store for him could never keep him grounded in one place for very long. A few of the highlights that many will remember were his love of Stock car racing and his decade long service to the city and people of Okanogan, WA which saw him work his way up to being a well-respected and fair Police Chief, something he enjoyed and was always very proud to have done. It is not surprising that he spent a good portion of his life in the Apple Industry, having grown up on his parents apple orchard, and the orchard always seemed to call him back. The many hours he spent in an orchard were always the most peaceful to him, his place of quiet solitude. His love of the orchards and learning all he could in them kept him there until his retirement in the summer of 2014. Allan will be loved and remembered by most all who knew him or had the lucky chance to meet him. He was preceded in death by his parents Edward and Eleanor Pheasant, two of his brothers George and Ralph Pheasant, his grandsons Garret Lange and Stephen Pheasant (both of whom left us much too soon) and numerous Aunts, Uncles, cousins, and dear friends. He is survived by his wife Ellen J (Jody) Pheasant, his brother Tom Pheasant & sister-in-law Dolores, his daughters Stacey (Scott) Walls, and Penny (Ken) Szenyes; his sons Scott (Kyung-Suk) Pheasant, Richard (Rikka) Pheasant, and Larry Pheasant, 9 grandchildren, 7 great-grandchildren as well as many nieces, nephews, and cousins. Not to be forgotten are his special lifelong friends Richard and Karen Cook. Per Allan’s request there will be no services except a small immediate family gathering at a later date to spread his ashes above Tonasket where he spent some of his happiest years as a youth and young man. Rest in Peace Allan, you were a dear husband, a most loved father, a compassionate mentor, a dear friend and so much more to so many. Please express your thoughts and memories to the family at www.nicolesfuneralhome.com. Arrangements are under the care of Nicoles Funeral Home of Ephrata, Wa.

Allan James Pheasant Born July 17, 1935 Passed March 25, 2015 Allan James Pheasant, age 79, passed away peacefully at his home in Ephrata, Washington with his wife and his two youngest children and son-in-law by his side on Wednesday, March... View Obituary & Service Information

The family of Allan James Pheasant created this Life Tributes page to make it easy to share your memories.