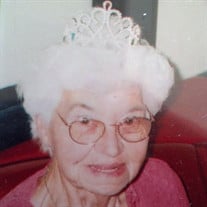 Ara Juanita Autry Juanita passed away on July 27th surrounded by her family. She was born August 27th, 1934 to Clarence and Lois Cox in Marlow OK. She grew up in the Big Spring, Texas area where she later met her future husband, Bill (W.E.) Autry, who was finishing his Air Force service in 1952. The newly married couple relocated to Lubbock where Bill entered Texas Tech University while Juanita supported the family working as a Telephone Operator. A year later they had the first of their three children Bill(y). 2 ½ years later Vicki was born. Bill graduated college and went to work for the Soil Conservation Service as Juanita became a full time mother. Diane was born 18 months later. Bill, Juanita, and family moved to Ephrata in 1963 when Bill accepted a transfer to work on the Columbia Basin Water project. Juanita was active in the PTA, Cub Scouts, Girls Scouts and various other services. Anyone that knew her would know of her Southern hospitality, her tenacity and her “determination.” After their children grew up, in 1974 she and Bill transferred back to Paris, Texas, where she commuted to East Texas State University (Texas A&M), graduating with a business degree. She later became the Director of Volunteers at McCuistion Hospital. In the aftermath of a damaging and fatal tornado in Paris, she worked with the state of Texas to help victims with survival necessities. The couple, realizing that you can’t go back home and that Ephrata was really where their hearts were, planned for retirement and returned. They filled their days with coffee buddies, camping, traveling, fishing and entertaining grandchildren. Bill passed away in 2006. Juanita kept herself busy with her yard and coffee buddies. Unfortunately in later years she was overcome with the effects of Alzheimer’s and spent the last three years in the care of Summerwood Care Facility. Juanita is survived by her three children, Bill (Chris) Autry, Vicki (Jim) Weitzel, Diane Clark (Fritz Howard); her grandchildren, Jeremy (Jennifer), Brad & Nick Weitzel, Justin Clark, Rachael and Kaitlyn Autry. She is also survived by 5 great grandsons and all of her coffee buddies. Graveside Services will be held Monday August 3rd at 11:00 a.m. at the Ephrata Cemetery. An Open House will follow at 790 C Street SW, Ephrata.

Ara Juanita Autry Juanita passed away on July 27th surrounded by her family. She was born August 27th, 1934 to Clarence and Lois Cox in Marlow OK. She grew up in the Big Spring, Texas area where she later met her future husband, Bill (W.E.)... View Obituary & Service Information

The family of Ara Juanita Autry created this Life Tributes page to make it easy to share your memories.