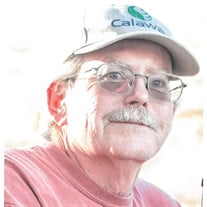 "It broke our hearts to lose you, You did not go alone, For part of us went with you, The day God called you home.” Bernard "Bernie" Lyle Martin was born February 24, 1957 in Ellensburg, Washington where his parents raised him and his siblings. He enjoyed being active in FFA and raising hogs at Ellensburg High School, graduating in 1975. He attended Washington State University where he received a bachelor’s degree in Animal Nutrition in 1979. He remained a Cougar Fan for life. Upon graduation, Bernie made the Ephrata area his home and began his working career in agriculture related positions and other miscellaneous jobs. In 1984 he went to work at Four Seasons Farm Service and in 1989 had the fortune of purchasing the business. For 30 plus years Bernie became the "go to" man for the community, providing advice and filling a variety of our agricultural needs. He was awarded Business of the Year in 2006 and 2019 by the Ephrata Chamber of Commerce. After a renal cancer diagnosis in January 2018, Bernie's greatest desire was to see his business continue to succeed and flourish. He was blessed to see that happen before his untimely departure. In 2004, Bernie's life changed when his future wife, Randy, pulled up to the store in her propane powered school bus. They married in the presence of family and friends in 2008. Bernie enjoyed being involved in the community. You could find him attending events and supporting numerous Ephrata High School athletic teams and FFA members. He received the FFA Blue Jackets Gold Standards Appreciation Award in 2018 and was also the honoree of their charitable fundraiser to donate to a cancer organization in his name. He knew and loved the Lord as an active member of his church. Bernie found pleasure in NASCAR (a devoted Kyle Busch fan), traveling to Las Vegas, horseracing, pinochle, taking cruises, watching sports, and golfing. He was a long-time member of the former Ephrata Moose Lodge. He received many awards from our local Relay for Life for his fundraising efforts. He was also known for generously extending financial credit and believing everyone deserved a second chance. Bernie took pride in his many successful years participating in the AA program and encouraging others on their journeys. Bernie was welcomed to his eternal home on January 14, 2021 joining his father, Bernard Loyal Martin, grandparents, stepson Thomas Heilman, and longtime companion "Jake the dog". Left with cherished memories of this wonderful man are Bernie's wife, Randy Brown Martin, mother Marlene Martin, sister Suellen (Pete) O'Brien, and brother Keith Martin; step children Jeremy (Candice) Heilman, Rhiannon (RJ) Fronsman, and Shawn Brown; step grandchildren Maria, Korben, Aaron, Gwynn, and Claire who fondly called him "Papa Bern"; nieces and nephews Jake, Michael, Tim, Makayla, and Lisa. Numerous other caring relatives, special friends including Fred Goetz and JJ Heston, countless loyal customers and community members. Interment will be at Union Cemetery on Lopez Island, alongside countless ancestors. Memorial contributions in Bernie's honor can be made to the Bernie Martin Agricultural Scholarship Fund c/o Columbia Basin Foundation 234 1st Ave NW Ephrata, WA 98823 or Community Church of Ephrata Building Fund P O Box 293 Ephrata, WA 98823. Please express your thoughts and memories for the family at www.nicolesfuneralhome.com. Arrangements are under the care of Nicoles Funeral Home of Ephrata.

"It broke our hearts to lose you, You did not go alone, For part of us went with you, The day God called you home.&#8221; Bernard "Bernie" Lyle Martin was born February 24, 1957 in Ellensburg, Washington where his parents raised him and his... View Obituary & Service Information

The family of Bernard Lyle Martin created this Life Tributes page to make it easy to share your memories.

&quot;It broke our hearts to lose you, You did not go alone, For part...