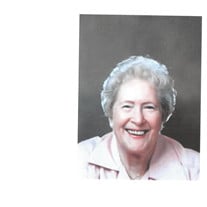 Bea L. Ireland, 93, of Ephrata, WA was called home to be with the Lord on Monday, March, 1, 2021. Born, November 12, 1928 to the late William V. and Mabel S. (McCann) Ireland in London, Ohio. Bea was also preceded in death by her son Raymond Backulich; sisters, Ella Marlin, Alice McNeal, Mary Lowman, Doris Poor, Gladys Ireland, Blanche Harlan; brother Raymond Ireland. Survivors include her son Terry Ireland; grandson Raymond Backulich; brother William Ireland; nephew and caregiver James (Laurie) Drew and special nephews William Lowman and James Budd. Bea had an extremely close loving relationship with her sisters and many of her nieces and nephews, who will miss her immensely. Bea relocated from Columbus, Ohio to Los Angeles, CA in 1948. Her sister Mary and her family joined Bea in CA in 1950. Bea worked as a cashier and bookkeeper for Ralphs Grocery Company from which she retired in 1980. Bea moved to Ephrata, WA upon retirement. Bea was an extremely independent single Mother, who prided herself on making her own way in this world. It was being a single parent which drove her to do anything it took to make her family happy and to give them the best possible lives she could give them. Bea was an avid reader, Wheel of Fortune and Jeopardy fan, and old movies buff. Bea loved to travel. In earlier years she often made the trip from WA to OH by car because she loved seeing the countryside. She took pride in growing tomatoes. However, her favorite hobby was doing any crossword puzzle she could find. She often completed crossword puzzles over the phone with her sister Blanche, who was as enthusiastic about crosswords as she was. Bea spent many months each year with her sister Blanche and her family in Ohio, until Blanche passed away in 2008. In lieu of flowers, contributions may be made to Animal Rescue Friends Society of Grant County in Ephrata, WA: 127 Alder ST SW, Ephrata, WA 98823or your local Alzheimer’s Association

Bea L. Ireland, 93, of Ephrata, WA was called home to be with the Lord on Monday, March, 1, 2021. Born, November 12, 1928 to the late William V. and Mabel S. (McCann) Ireland in London, Ohio. Bea was also preceded in death by her son Raymond... View Obituary & Service Information

The family of Bessie "Bea' Louise Ireland created this Life Tributes page to make it easy to share your memories.