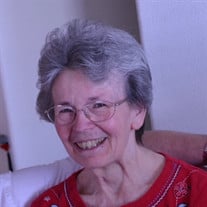 Carolyn Louis (Suggs) Carpenter, 71, passed away on Thursday, May 9, 2014 at her home in Spokane, Washington. Hers was a life of travel and varied interests like her father before her. She was born on April 19, 1943 in Clovis, New Mexico, the first of three children of Delbert DeWitt and Helen Loraine (Anderson) Suggs. She lived all across the West from Tucumcari, Portales, Albuquerque, and Santa Fe, NM, to Sioux Fall, SD, West Fork, AR, Russell, KS, and Dixon and Mantica, CA before coming to light in Ephrata, Washington in 1951, where her father was a horticultural expert sought out by international scientists whom he entertained at their home. In her high school years Carolyn’s love for singing led her to join choir, all while her love for her high school sweetheart, Melvin, grew into marriage a year after graduation on April 14, 1962. Mel had enlisted in the United States Navy, so her gypsy life commenced once again as she accompanied Mel from coast-tocoast and overseas. They moved from San Diego, CA to New Port, RI and Boston, MA and back to California in Oxnard where her two boys (Scott, 1964 and Dean, 1966) were born. Then it was off to Yokosuka, Japan where Carolyn worked at her favorite job of human resources, was the president of the Navy Wives’ Club, and traveled the country with her family attending festivals and enjoying the sights. Adak, AK was next on the Navy’s junket, where she began attending college classes with Mel. She worked as a base bookkeeper and spent weekends camping in the family’s cabin with Mel and the boys. Her travels paused for the next 24 years after moving to Renton, WA, where Mel finished his career and the boys completed high school. During this time she was by no means sedentary, as weekend family tent camping trips evolved into camper trips after both Scott and Dean joined the Navy and the pickup bed camper was traded in on a fifth wheel. Their trips grew longer as Mel approached retirement from the City of Redmond. After surviving breast cancer in 1989, it wasn’t long before they sold their home in Renton and were flying across the nation as footloose and fancy-free fulltime RVer’s in a new luxurious motor home. They traveled the nation with their two feline companions, Tawker and Domino, making lifelong friends along the way. In their travels Carolyn carried on her beading, knitting, scrapbooking, card making, and ceramic doll making, teaching them during many of their RV park visits while Mel honed his woodcarving and prospecting skills. She also enjoyed games, puzzles, and collected cat memorabilia. During their travels she displayed her talent for genealogy, working with researchers throughout the world and gathering family data and helping with graveyard identification. The nomad’s life was the life for them as they traveled the nation, enjoying nine years of this stow-andgo lifestyle until Carolyn was diagnosed with an aggressive form of Parkinson’s in 2010. This led them to buy a home in Benson, AZ, where they celebrated their 50th anniversary, and to finally migrate to Spokane, where her sister Elaine and Elaine’s family live. During her final days she was surrounded by and cared for by her family at home.She was a loving wife, great travel companion, confidant, and friend who will be greatly missed by family and friends, but especially by her husband, Mel. Survivors include her husband Mel of 52 years; son Scott and his wife Mary of Moyock, NC; grandson Sean stationed at Fort Benning, GA; granddaughter Christen attending the United States Naval Academy; son Dean and his wife La Vonda of Mountain Home, AR; grandson Joshua and his wife Christina of Springfield, MO; great grandson Alexander; granddaughter Brittanny and her husband Joshua of Branson, MO; brother Glen and his wife Barbara of Mercer Island, WA; Sister Elaine and her husband Jim of Elk, WA; and nieces and nephews. Direct cremation has taken place at Nicoles Funeral Home, Ephrata. A casual memorial service for family and friends will be held at Nicoles Funeral Home on Friday, May 16, 2014 at 3 p.m. A private interment ceremony for family only will be held at the Ephrata Cemetery. Cards may be sent to 4406 E. Vantage Ln., Spokane, WA 99217. For those who wish to make donations, please do so to the Michael J. Fox Foundation: michaeljfox.org/get-involved/donation.php?fr_id=2380 Carolyn thanks you. Please express your thoughts and memories for the family at www.nicolesfuneralhome.com Arrangements are under the care of Nicoles Funeral Home of Ephrata, Wash.

Carolyn Louis (Suggs) Carpenter, 71, passed away on Thursday, May 9, 2014 at her home in Spokane, Washington. Hers was a life of travel and varied interests like her father before her. She was born on April 19, 1943 in Clovis, New Mexico, the... View Obituary & Service Information

The family of Carolyn Louise Carpenter created this Life Tributes page to make it easy to share your memories.