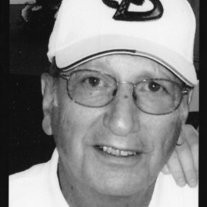 CHARLES A. PANERIO Charles A. Panerio, 75, of Ephrata, Washington, passed away on August 16, 2013. Chuck was a loving and giving father, husband, brother and friend. He leaves behind a legacy of inspirational leadership and service. Chuck “PAPA TIGER” was not just a coach. Chuck instilled all of his personal values in combination with integrity, quality and character to achieve his personal best. He required the same from others with such patience, loyalty, and confidence. This legacy has affected many and will always be cherished in the hearts of his family and friends. Charles Andrew Panerio was born December 27, 1937 to Major and Margaret Panerio. Roslyn, Washington is where it all began for Chuck. A coal miner’s son, his hard-working roots laid the foundation for his future success. The Panerio family household worked harmoniously alongside each other keeping in mind both the common good and the welfare of one’s family and friends. Music was instrumental to Charlie and his strong Italian community was dear to his heart. He met the love of his life Helen, his junior year. After graduating from Cle Elum-Roslyn High School in 1956, he attended and graduated Central Washington University, Ellensburg, Washington in 1960, with a degree in Physical Education. Chuck took his first teaching position at Ephrata High School in 1960. Chuck and Helen were married in 1961 and made Ephrata their home. Chuck and Helen had three children Deona, Tony, and Krista. Throughout his 30-year career of teaching and coaching, Chuck received numerous awards and recognition. Charlie loved athletics and thrived on the thrills that sports demanded. Athletics filled his soul and shaped his outlook on life. He was especially honored by his 2010 induction into the National Wrestling Hall of Fame. He is survived by his two daughters, Deona Behrens, husband Bob with their children Beau and Chase, Krista Panerio and husband Justin Moody; sister Leona Malcolm; brother Robert Panerio and his wife Charlotte; and numerous nieces and nephews. He was preceded in death by wife Helen Panerio; son Tony Panerio; and his parents Major and Margaret Panerio. He tenderly loved his family, friends, and the “TIGER TOWN” of Ephrata. He will be missed and remembered for how he brought the best out in all of us. In his own words “know that I did my best and believe in the Lord to bring me victory.” Services will be held at Holy Trinity Lutheran Church, 1012 C Street S.W. in Ephrata on Friday, August 23, 2013 at 10:30 a.m. Burial will be held later that day, at The Memorial Garden Cemetery in Roslyn, Wash. A reception in his honor will follow in the banquet room next to the PANERIO ROOM at The Suncadia Resort in Roslyn, Wash. Giving was a part of Charlie’s life. To continue the mission, memorial contributions can be made in Chuck’s name to either Ephrata Public Library, or Ephrata Senior Center. Please leave a memory for the family or sign their online guestbook at www.nicolesfuneralhome. com. Arrangements are under the direction of Nicoles Funeral Home, Ephrata, Wash

CHARLES A. PANERIO Charles A. Panerio, 75, of Ephrata, Washington, passed away on August 16, 2013. Chuck was a loving and giving father, husband, brother and friend. He leaves behind a legacy of inspirational leadership and service. Chuck &#8220;PAPA... View Obituary & Service Information

The family of Charles Andrew Panerio created this Life Tributes page to make it easy to share your memories.

CHARLES A. PANERIO
Charles A. Panerio, 75, of Ephrata, Washington,...