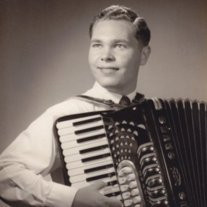 David Kenneth Kephart of Ephrata, Washington passed away on Wednesday, April 3, 2013, the day before his 70th birthday. He was born to Louis Kenneth and Daisy Viola (Carlton) Kephart at St. Luke’s Hospital in Spokane, Washington on April 4, 1943. He graduated from Chelsea High School in Chelsea, Michigan. David attended Northwest Nazarene College in Nampa, Idaho. While going to college he taught accordion lessons to students in the Treasure Valley and worked for Al’s Cleaning Services. David graduated from Northwest Nazarene College with a bachelor’s degree in music education. On July 2, 1965; David married Bonnie Faye Hill in Caldwell, Idaho. They began their married life in Nampa, Idaho until 1966 when he began his long career teaching music for the Spokane School District. During this time David started the first jazz choirs during his career. He led the Mini Singers in the All Boys Choir in Spokane and the Gleemen for the Moose Lodge. He was choir director at Glad Tidings Assembly of God, Grace Baptist Church, and Park Heights Baptist Church. He also played the organ for various churches and events over the years. After retirement, David and Bonnie worked as ushers at the Spokane Opera House to be surrounded by the music he loved, as well as he continued his work with church choirs. They started traveling to Arizona during the winters where he played piano for the Sunday services at the campground. The last few years David and Bonnie spent in the Moses Lake/Ephrata area where David worked as a greeter for Wal-Mart. David is survived by his wife of 47 years, Bonnie; his daughters Carolyn (Joe) Jurkovac of Spokane, Melissa Gray of Seattle, his foster daughter Patty (Duane) Kanan of Sprague; his grandchildren Mark, Philip, and Alicia Hulse; Joey, Justin, Jacob, and Jesse Jurkovac; Roderick Gray Jr. and Ashley Kanan as well as 6 great-grandchildren. Also surviving are his sister, Linda (Bob) Hulse and brother Dan (Brenda) Kephart and many nieces, nephews, and cousins. David was preceded in death by his parents and his brother, George Ellman. A memorial service will be held at Park Heights Baptist Church at 5101 S. Freya St; Spokane, WA; on Wednesday, April 10, 2013 at 1:00 p.m. His family requests in lieu of flowers please send donations to Cancer Care Northwest. Cards and letters may be sent to the family at 5228 N. Madison, Spokane, WA 99204.

David Kenneth Kephart of Ephrata, Washington passed away on Wednesday, April 3, 2013, the day before his 70th birthday. He was born to Louis Kenneth and Daisy Viola (Carlton) Kephart at St. Luke’s Hospital in Spokane, Washington on April 4,... View Obituary & Service Information

The family of David Kenneth Kephart created this Life Tributes page to make it easy to share your memories.

David Kenneth Kephart of Ephrata, Washington passed away on Wednesday,...