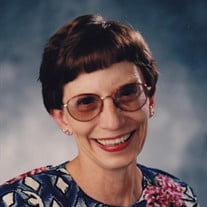 Delores Mayer Silvay, age 76, passed away peacefully on Tuesday, June 27, 2017 in Ephrata. She was born June 4, 1941 in Spokane and adopted by Leo and Faye Mayer, who have preceded her in death. Delores grew up on the Mayer farm outside of Ephrata and was a graduate of Ephrata High School. After high school she attended St Elizabeth Hospital’s School of Nursing in Yakima, WA. She graduated from St Elizabeth’s in 1962, beginning a 45 year career as a Registered Nurse. After 10 years away including living in The Netherlands, she returned to her hometown of Ephrata to raise her four daughters, Monica, Debra, Theresa and Diana. Delores had many hobbies including gardening, sewing, quilting, crocheting, reading, embroidery and was a fierce competitor in pinochle. She spent many hours sewing Barbie outfits, Halloween costumes and Christmas stockings for her daughters and grandchildren. Her grandchildren were invited over for crafting weekends and the annual Christmas cookie baking day where hundreds of cookies were made for family and friends. She also loved to travel, especially to the Oregon Coast. During the last 10 years, she visited every town and beach along the entire Oregon Coast. Delores was devout Catholic and after retiring from nursing in Ritzville volunteered for her church in Ritzville. She also volunteered for the local food bank and helped start a neighborhood block watch. Her home was a popular spot for friends to gather for coffee and conversation. Delores is survived by her four daughters, Monica Bergman of Wenatchee, Debra Brissey of Ephrata, Theresa Lembcke of Moses Lake, Diana Ward of Albany, OR and her brothers Dick Mayer (Bev), Bob Mayer (Karen) and Raymond Mayer (Loretta). She was blessed with and leaves 15 grandchildren, 6 great-grandchildren and numerous family and friends. She will be missed by all who knew her. The family wishes to extend a special thank you to Assured Hospice for their service and care for Delores. A rosary will be recited at 7 pm on Friday, August 11th at St. Rose of Lima Church in Ephrata and a memorial service will be held at Nicoles Funeral Home at 1:30 pm on Saturday, August 12th in Ephrata.

Delores Mayer Silvay, age 76, passed away peacefully on Tuesday, June 27, 2017 in Ephrata. She was born June 4, 1941 in Spokane and adopted by Leo and Faye Mayer, who have preceded her in death. Delores grew up on the Mayer farm outside of... View Obituary & Service Information

The family of Delores Faye Silvay created this Life Tributes page to make it easy to share your memories.