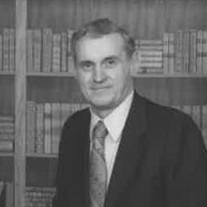 Donald Lee Clayton, 82, passed away Thursday, November 29, 2018 in St Helens, Oregon. He was born in Bozeman, Montana August 24, 1936, to PM and Mary Clayton. Don was the second oldest of eight children. In 1951 he moved with his family to Ephrata, Washington where he graduated high school in 1954. Upon graduation from high school he worked for Boeing until 1961 when he was called to the United States Army. Stationed in Germany, he managed to be in the service with two of his brothers, David and Chet, along with special friend, Jimmy McMillan. The Army was where he gained his lifelong love of military history. Don then went to work for Seattle City Light in Metaline Falls, Wash. where in May of 1968 he met and married the love of his life, Yvonne Nadine Yarnell, gaining four children who he loved as his own. He was hired as a civil engineer by Bechtel Corporation, where he was transferred to a number of cities in the U.S. When Don retired he moved to Benton City, Wash. where their lives revolved around family and friends – their home a gathering place for all. He was a member of the Ma¬sons and was a Shriner, having earned his 48th degree. He now joins his beloved Yvonne, who he missed so dearly. Don was also preceded in death by three brothers, Chet, David and Richard; granddaughter Stephanie; and niece Laurie. A wonderful husband and greatly loved father he is survived by his four children, Toni Hanson of New York City, NY, Carolyn Connall, husband Ernie, of St. Helens, Ore., Douglas Hanson of Anchorage, Alaska, and Steven Hanson, wife Ellen, of Warren, Ore.; his three sisters Maryann Bolyard of Soap Lake, Wash., Adelle Rath, husband Russ, of Yuma, Ariz., Lora Fronsman, husband Larry, of Soap Lake, Wash., and Nola Williams of Pasadena, Calif.; in addition to four grandchildren; 11 great-grand¬children; and many nieces and nephews. Don will be laid to rest with a full military ceremony on Saturday, Dec. 8, 2018 at 2 p.m. at Valley View Memorial Cemetery, Soap Lake, Washington. Please express your thoughts and memories for the family at www.nicolesfuneralhome.com Arrangements are under the care of Nicoles Funeral Home of Ephrata, Wash.

Donald Lee Clayton, 82, passed away Thursday, November 29, 2018 in St Helens, Oregon. He was born in Bozeman, Montana August 24, 1936, to PM and Mary Clayton. Don was the second oldest of eight children. In 1951 he moved with his family to... View Obituary & Service Information

The family of Donald L Clayton created this Life Tributes page to make it easy to share your memories.