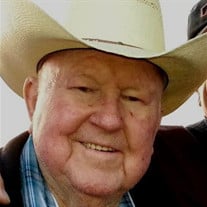 Duane was born August 16, 1927 in Ephrata to Joseph E. Scheib and Gladys L. Scheib, and passed away October 30, 2014, in Spokane Valley, WA. His early childhood years during the Depression were spent with various family members in Soap Lake, WA and Sheridan, WY. In his teenage years his family followed work to Post Falls, ID, where they lived with his cousins and other family members. Once more moving for work, his family moved to Seattle, WA, where Duane worked two jobs at a shipyard and a grocery store during high school. At 17, after graduation, Duane joined the Maritime Service before transitioning to the Merchant Marines where he drove Navy transports in Japan, Korea and China during WWII. At 19 he enlisted in the Air Force and worked heavy equipment for four years during the end of the War with his final year spent in Thule, Greenland. Following his military career, Duane worked various jobs in construction and heavy equipment prior to joining the WA State Department of Highways, where he retired 30 years later as Supervisor of State Highways for Ferry County. Never being one to not work, Duane then started Scheib's Equipment Sales in Soap Lake and worked another 25 years doing the work he loved most – buying and selling big equipment. He was preceded in death by his sister Berniece Schutz, his parents Joe and Gladys Scheib, his first wife of 25 years Harriet Scheib, his daughters Margaret Olson and Lois Scheib, and his great grandson Charlie Bray. He is survived by his loving wife of 32 years Judy Scheib, his sister Winona (Ken) Lee, his daughters Teresa Scheib, Pauline (Kevin) Starkey, Becky (Tim) Peterson, Debra (Cal) McKee, and son Chad (MJ) Clayton. He is also survived by many stepchildren, grandchildren and family members. At the time of his death Duane was surrounded by more than 20 family members and passed peacefully in the loving arms of his wife. A celebration in honor of the life of Duane W. Scheib will be held at noon on Wednesday, November 5, 2014 at Nicoles Funeral Home in Ephrata, WA, with graveside services to follow at Valley View Memorial Park in Soap Lake. A visitation will be held prior to the service at 9a.m. Please express your thoughts and memories for the family at www.nicolesfuneralhome.com. Arrangements are under the care of Nicoles Funeral Home of Ephrata, Wa.

Duane was born August 16, 1927 in Ephrata to Joseph E. Scheib and Gladys L. Scheib, and passed away October 30, 2014, in Spokane Valley, WA. His early childhood years during the Depression were spent with various family members in Soap Lake,... View Obituary & Service Information

The family of Duane W Scheib created this Life Tributes page to make it easy to share your memories.