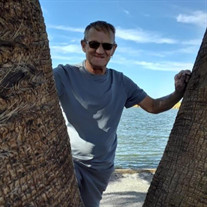 Gregory Vernon Hector, born on May 28, 1954 has peacefully passed away at his home in Soap Lake, Washington at the age of 65. Greg was born in Walla Walla, Washington to Hillary and Charlene. The family lived in the Moses Lake area and later settled to what would become Hectorville in Ephrata, Washington around 1967. Greg worked professionally as a mechanic most of his life. He had a love for racing like no other that was learned from his father, Hillary Hector and Uncle LaVern Hector. Racing was in his blood as he took home several checkered flags and championships. He shared his racing knowledge and taught his children, grandchildren and other family members how to get around a track and be competitive. Greg started racing in 1970 and raced in Ephrata, Washington, Hermiston, Oregon, Portland Oregon and many other circle tracks in the Pacific Northwest. Greg's racing additionally led him to competing for wins against his siblings, children, and nephews at various times in his racing career. He was also very passionate about bowling. He enjoyed bowling league, tournaments and anything that included his family. In his spare time he enjoyed fishing and woodworking. His late passion was snow-birding in the warm Arizona sunshine. Greg is survived by his loving wife of 35 years, Linda Hector; along with his 6 children and their spouses; Karen (Jeff), Tracy (Mike), Jeff (Heather), Matt (Melissa), Jenn (David), Wendy (Aaron); siblings, Ellen, Brett, and Bart, many loving grandchildren, great-grandchildren, nieces, nephews, and extended family. He was preceded in death by his father Hillary Hector; mother Charlene Hatley; step-mother Jodi Majors; brother Dennis Hector and nephew Daniel Hector. The family would like to extend a special thank-you to the crew at Assured Hospice. They were a very compassionate, loving group of people that made life very comfortable for Greg and the entire family. Funeral services for Greg Hector will be held at Nicoles Funeral Home Chapel on Friday, March 13, 2020 at 11:00am. Please express your thoughts and memories for the family at www.nicolesfuneralhome.com. Arrangements are under the care of Nicoles Funeral Home of Ephrata.

Gregory Vernon Hector, born on May 28, 1954 has peacefully passed away at his home in Soap Lake, Washington at the age of 65. Greg was born in Walla Walla, Washington to Hillary and Charlene. The family lived in the Moses Lake area and later... View Obituary & Service Information

The family of Gregory Vernon Hector created this Life Tributes page to make it easy to share your memories.