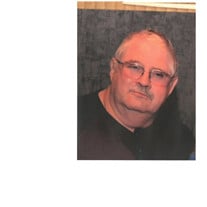 John Kersey, 62, of Quincy, WA, passed away at home on Tuesday, December 7, 2021, surrounded by his loved ones after a short battle with cancer. He was born on April 20, 1959, to Gladys Kersey in Seattle, WA. He graduated from Meadowdale High School in Lynnwood, WA, in 1977 and enlisted in the United States Air Force. He served honorably at Hill Air Force Base in Utah, and when he was discharged from the service, he relocated to Soap Lake. During the summer of 1979 he met his wife Irene, and they married the following year in Coeur d’Alene, Idaho. They relocated to Quincy around the time their son Rob was born at the end of 1980. John worked as an automobile mechanic at the former Chevron station in George until 1989, when he applied his mechanic skillset to farm equipment. He worked for several farms in the area over the next three decades, most recently for Oregon Potato. He enjoyed many outdoor activities, especially camping and fishing (including yearly ocean fishing trips out of Westport). John also had a love for travel, particularly enjoying Las Vegas, Orlando, and several long cruises. Recent projects included home remodeling with his son, as well as working to rebuild boats. In retirement he was looking forward to relocating close to his son and spending his days boating, fishing, camping, and traveling the country. John is survived by his wife of 41 years, Irene; son Rob, and his wife Liz, of Belfair; brother Bud Kersey and his wife Kaye Anderson, of Lacey, WA; sister Barbara Wing, and husband Ron, of Las Vegas, NV; and many nieces and nephews. He was preceded in death by his mother Gladys. Please express your thoughts and memories for the family at www.nicolesfuneralhome.com. Arrangements are under the care of Nicoles Funeral Home of Ephrata.

John Kersey, 62, of Quincy, WA, passed away at home on Tuesday, December 7, 2021, surrounded by his loved ones after a short battle with cancer. He was born on April 20, 1959, to Gladys Kersey in Seattle, WA. He graduated from Meadowdale High... View Obituary & Service Information

The family of John Lindsay Kersey created this Life Tributes page to make it easy to share your memories.