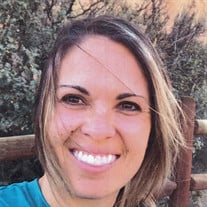 Kaylyn Frances Bossert, BSN, RN, CHPN, CNIV, age 29, and a resident of Ephrata, Washington, died unexpectedly Wednesday, February 27, 2019. She was born April 5, 1989 to David and Deborah Bossert in Wenatchee, Washington. Kaylyn spent her childhood attending Ephrata schools, elementary to high school. She was highly involved in Ephrata Foursquare Church’s middle and high school youth group, which led to her decision to follow Jesus and be baptized. “KK” was a leader on the Ephrata High School softball and soccer teams, voted by teammates every year as ‘most inspirational’ for every sport she played. She excelled academically as a 4.0 student all through high school and graduated as valedictorian of her class in 2007. Kaylyn was given multiple scholarships to Trinity Christian College in Palos Heights, Illinois. She was a Resident Assistant in her dorm, on the softball and soccer teams, majored in nursing and earned the nursing department Award for Clinical Excellence, and she graduated in 2011. She became an oncology nurse at Duke University Hospital in Durham, NC in 2012. Kaylyn quickly became esteemed by her colleagues, patients, and those in authority, and thus achieved status in management beyond her years, focused in palliative care. In her own words, Kaylyn ‘specialized in alleviating suffering;’ it was her ministry to be a bright light in what was often the darkest moments of people’s lives. Recently a research abstract she conducted while at Duke became accepted plus published in the Oncology Nursing Forum of 2018. Kaylyn did not just love adventure, she was adventure! She completed various marathons and triathlons. She began travel nursing in April 2018, which brought her full circle back to her home state of Washington. She was thrilled to be home and jumped at the opportunity to be the Assistant Coach for the Ephrata High School girls’ soccer team. She had a special heart for students to discover the camaraderie of sports and the disciplines that accompany it. Kaylyn was newly engaged to be married to Zachary Brissey. Everywhere she went, her infectious smile, love, encouraging words, huge heart, and signature giggle brightened every single life around her. Kaylyn was a devoted follower of Jesus Christ who enjoyed serving others – that passion once fueled her on a medical mission to India. Kaylyn loved children, prayer, worship, traveling, painting, outdoor sports, and spending time with family as well as friends she considered family. Left to honor Kaylyn and remember her extravagant love are her mother, Deborah Bossert; half brother, Sean Bossert; brothers, Thomas Bossert and family, Robert Bossert and family; sister, Kelsie DesJarlais; many uncles, aunts and cousins of the Judkins, Woodworths, and Bosserts; Tina, Zachary, and Tenley Brissey; and countless others who considered her one of their own throughout her life’s beautiful journey. She was preceded in death by her father, David Bossert. A celebration of Kaylyn’s life will be held on Saturday, March 9, 2019 at 1 p.m. at Ephrata High School. Anyone with a photo or item that reminds them of Kaylyn and would like it displayed during the service, there will be a bulletin board and table available. Special items brought can be taken home by their owner after the service. Flowers as well as condolences may be directed to Nicoles Funeral Home, 157 C St. NW Ephrata, WA 98823. For online donations please visit: bit.ly/kaylynbossertmemorial

The family of Kaylyn Frances Bossert created this Life Tributes page to make it easy to share your memories.