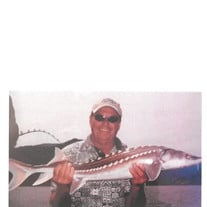 Keith passed away in the early morning hours of February 8, 2022, comforted by his bride of nearly 52 years by his side. He was born in Wenatchee, WA on April 4, 1947. The Ramaker family moved to Ephrata in the late 1950's where he attended Parkway Elementary, Ephrata Jr. High and then graduated from Ephrata High in 1966. Keith descended from a lineage of military servicemen dating back to the American Revolution on his Father's side. A short two months after graduation, he voluntarily enlisted in The United States Army on August 10, 1966 and served in Vietnam for 18 months. He was honorably discharged and remained a proud United States Army Veteran the remainder of his life. After returning home, Keith married his high school sweetheart, Sue Ann on April 5, 1970 in Ephrata. Keith and Sue's first date was on April Fool's Day. On each anniversary of their first date, the story was told with the insinuation that the joke was on him. As a family, we laughed about this through the years as we've always known the joke was on Sue Ann. He definitely married up and he'd be the first to tell you so. Keith and Sue Ann started their married life living in Portland, Or. from 1970 - 1977, Having both been raised with small-town upbringings, they wanted the same for their children and chose to move home to Ephrata. They lived out in the country for many years, working as co-owners of An-Ra Dairy while raising their two young children, Brian and Jennifer. The dairy industry was tough during those years and Keith and Sue Ann reinvented themselves to create a better life for their family. They started Columbia Basin Water Works in 1986 and moved from the country to Ephrata in 1989 where they established an office/workshop to run their rapidly growing business from. Keith worked until 2007 at which time he retired and they sold their business. Those of you who knew Keith, knew he was awesome. . . an awesome hand stander, pool diver, water skier, dancing partner at family gatherings, boat driver, yardman (not a blade out of alignment), party host, bbq man, bartender, music DJ, pool player, ping pong player, dart player, driving teacher, (cars and bicycles), vacuumer, dish washer, auto detailer, golfer, fisherman, one of the hardest workers you'd ever meet and most importantly an incredible Son, Brother, Uncle, Father, Grandfather and Husband. Keith was preceded in death by his Mother and Father, Gerald (Jerry) Ramaker and Lee Anderson. His survivors include his wife Sue Ann of Ephrata; son Brian (Mari) Ramaker of Redding, CA; daughter Jennifer (Chad) Robinson of Ephrata; sister Saundra (Frank Comte of Nampa, ID; brothers Doug (Sandy) Ramaker of Mesquite, NV, Brent Ramaker of Wenatchee; sister Susie Ramaker of Wenatchee; brother Greg (Libby) Anderson of Lakeview, WA; sister Deanna Anderson of Moses Lake, WA; grandchildren: Noah, Kaden, Addison, Hannah, and Ryder along with numerous nieces and nephews, whom he all loved dearly. Keith was a member of St. Rose of Lima Catholic Church in Ephrata. His wife and family would like to extend thanks and gratitude to their own church family along with the entire faith community of Ephrata for their incredible love and support during this difficult time. A Funeral Mass will be celebrated on Tuesday, February 22, 2022 at 11:00 am at St Rose of Lima Catholic Church, 323 D ST SW, Ephrata. A reception will be held immediately following the service in the Parish Center. Please express your thoughts and prayers for the family at www.nicolesfuneralhome.com. Arrangements are under the care of Nicoles Funeral Home of Ephrata.

Keith passed away in the early morning hours of February 8, 2022, comforted by his bride of nearly 52 years by his side. He was born in Wenatchee, WA on April 4, 1947. The Ramaker family moved to Ephrata in the late 1950's where he attended... View Obituary & Service Information

The family of Keith Gerald Ramaker created this Life Tributes page to make it easy to share your memories.