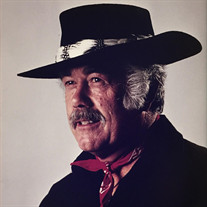 Lowell Francis Moore, long time Ephrata resident, passed away peacefully at home on December 6, 2015 at the age of 84. Lowell was born in Wenatchee on September 22, 1931 to Kenneth and Averill (Isenhart) Moore. He graduated from Wenatchee High School and married his high school sweetheart Della Law. After graduating from Washington State College and the ROTC program he served in the United States Air Force as a Lieutenant. He served as a radar technician in Othello before settling down in Ephrata to raise a family and join his father at Moore Furniture, a business which had been in his family since 1911. Two weeks after returning home however, his father passed away, leaving Lowell to care for his widowed mother, two new babies, and run the business alone at the age of 25. Lowell owned and operated Moore Furniture for the next 44 years. In that time he also served in many capacities - Ephrata city councilman, police commissioner, fire commissioner; on the Board of Trustees of the United Methodist Church; the Ephrata Chamber of Commerce; Retail Trades Association; Kiwanis Club; and secretary for the Red Cross. He also taught Sunday school and worked with troubled youth at the juvenile corrections facility. After serving 36 years, Lowell retired from the Board of Directors of Washington Trust Bank at the age of 75. Lowell was very active in his younger days. He received the rank of Life Scout in the Boy Scouts of America and the Distinguished Service Award from the United States Junior Chamber of Commerce. He was an avid hunter, enjoyed racquetball, sailing, woodcarving, scrimshaw, jogging, and traveling the world with his beloved wife Della. An active investor, Lowell started two different banks, numerous commercial rentals, and the Columbia 300 Bowling Ball factory. He is survived by Della, his devoted wife of 64 years; and his older sister Beryl Jeane Kinney. Lowell and Della had four children; Michael (Karen), Cheryl (Allen Pickering), Steven, and Kelly (Janice). They have fifteen grandchildren and eight great-grandchildren. A visitation will be held at 10:00 a.m. in the Fireside room at the United Methodist Church, 117 C St. NW, Ephrata on Friday, December 11, 2015. Funeral services will begin at 11:00 a.m. with a graveside service at the Ephrata Cemetery, followed by a luncheon back at the church. Memorials can be made to the Ephrata Food Bank in Lowell’s name, 1010 A St SE, Ephrata, WA 98823. Please express your thoughts and memories for the family at www.nicolesfuneralhome.com Arrangements are under the care of Nicoles Funeral Home of Ephrata, WA.

Lowell Francis Moore, long time Ephrata resident, passed away peacefully at home on December 6, 2015 at the age of 84. Lowell was born in Wenatchee on September 22, 1931 to Kenneth and Averill (Isenhart) Moore. He graduated from Wenatchee High... View Obituary & Service Information

The family of Lowell Moore created this Life Tributes page to make it easy to share your memories.