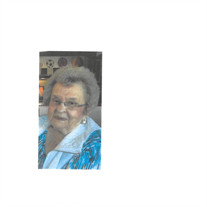 Marlene H. Hirz, 87, of Ephrata, Washington, passed away Monday, December 27, 2021 at McKay Rehabilitation Center in Soap Lake,Washington. She was born April 16, 1934 in Mt. Vernon, Washington to Carl and Hazel Anderson and grew up on the family dairy farm. In 1950, she married Richard (Dick) White and they started their own dairy in the Skagit Valley. In 1957 they relocated to the Columbia Basin and bought property between Ephrata and Soap Lake where they farmed, milked cows and raised their family. After Richard passed in 1973, Marlene married Afton (Jack) Fonville. Staying on the farm, they raised beef while breeding Registered Quarter Horses for the next 20 years. Jack passed in 1997. She later married retired farmer James Hirz of Moses Lake, Washington. Together they traveled across much of the U.S. and took an extended tour of Australia. When Jim also passed, Marlene spent time with James Pratt and significant other, LeRoy Gladden. While Marlene loved traveling to Australia, many U.S. locations – and a wonderful experience in England with her son and granddaughter – she is fondly remembered for the amazing ability to bake wedding and anniversary cakes. She could create perfect frosting roses in beautiful colors and her talents were in great demand for many years. A truly great cook, she made the best potato salad you could find. Marlene spent almost every Tuesday with lady friends visiting different restaurants while Wednesdays were reserved for playing pinochle at the Soap Lake Senior Center. Being very competitive, anyone playing with her had to be brave to take the bid! Marlene is survived by her daughter Susan (Rod) Irby of Baker City, Oregon; sons Nick (Ellen) White and Dale (Audrey) White, both of Ephrata; one sister, Marian Metchem, of Lawton, Oklahoma;grandchildren, Krystal Irby, Heather (Trevor) Anderson, Cassie (Ryan) Roloff, Ashley (Steve) Grout and Nick White; great-grandchildren, Sean and Grant Anderson, Richard and Nora Roloff. Marlene was also blessed to share her life with step children and step grandchildren throughout her years. She was preceded in death by her parents and four brothers. A viewing will be held at Nicoles Funeral Home, 157 C St. NW in Ephrata on Monday, January 3, 2022 from 2 to 4 p.m. Funeral services will be held at Nicoles on Tuesday, January 4, 2022 at 1 p.m. Reception to follow immediately. Those wishing may contribute to the charity of your choice in Marlene’s honor. The family would especially like to thank McKay Health and the professionals at McKay for their service and support. Please express your thoughts and memories for the family at www.nicolesfuneralhome.com. Arrangements are under the care of Nicoles Funeral Home, Ephrata, WA.

Marlene H. Hirz, 87, of Ephrata, Washington, passed away Monday, December 27, 2021 at McKay Rehabilitation Center in Soap Lake,Washington. She was born April 16, 1934 in Mt. Vernon, Washington to Carl and Hazel Anderson and grew up on the family... View Obituary & Service Information

The family of Marlene Hazel Hirz created this Life Tributes page to make it easy to share your memories.