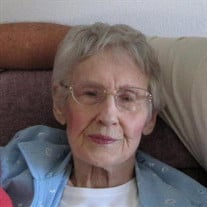 Mary Margaret Lee, a long-time resident of Ephrata, Washington, passed away in her home on Sunday, Aug. 13, 2017, at the age of 103 years. Her life spanned the growth of the Columbia Basin region. Mary was born July 22, 1914, in Seattle, Washington, to Clarence “Baldy” Cole and Martha (“Nellie”) Sloss Cole. Baldy was a civil engineer, and the family (Mary had four brothers and two sisters) lived in many cities in the state, including Sunnyside, Yakima, Seattle, Lake Stevens, Everett, Rock Island, Almira and Grand Coulee, where Baldy worked on various public works projects. She graduated from Wenat-chee High School in 1932, and she attended Kinman Business College in Spokane, Wash. later that year. While living in Grand Coulee, where her father worked on the dam and surveyed the plans for the irrigation project, she met John Lee. They married in June of 1936 and moved to Ephrata (then a small town of about 700 people) the following month. There, they established a movie theater business, starting with a single theater in Ephrata and a travelling business in area grange halls (“The Sagebrush Circuit”), culminating in a network of 15 theaters and drive-ins in the area— the Columbia Basin Theaters. Together they participated in the growth of the town and region during the establishment of the Columbia Basin Project. While raising a family and participating in cultural activities in Ephrata, Mary assisted her husband in all aspects of the businesses. She was an accomplished pianist, and she served as the organist at Holy Trinity Lutheran Church for 40 years. During their time in Ephrata, they lived on 10th Avenue Southwest until John’s death in 1997 and her passing this past week—over 80 years. She was the last surviver of six siblings, and is survived by two sisters-in-law, Peggy Fish of Issaquah, Wash. and Milly Cole of Marysville, Calif. – and 22 nephews and nieces. She is also survived by her three children: Jack with two grandchildren, David and Susan, and four great-grandchildren, Wesley, Nicholas, Caralyn, and Jael; David (and daughter-in-law Carol) of Crestone, Colo., with two grandchildren, Katherine and Sylvan, and one great-grandson, Shaun; and Mary Ann Lee of Denisport, Mass., and a granddaughter, Sarah. Throughout her life, Mary maintained her Christian faith, a curiosity about the world around her, an affection of classical and liturgical music, an enthusiasm for bridge, and a love for, and close involvement with, her family. She had an extraordinarily long and fruitful life, and she will be missed by her family and the children of friends who had passed long before her. Mary’s life will be celebrated by a gathering at Holy Trinity Lutheran Church, 1012 C Street Southwest in Ephrata, in the near future.

Mary Margaret Lee, a long-time resident of Ephrata, Washington, passed away in her home on Sunday, Aug. 13, 2017, at the age of 103 years. Her life spanned the growth of the Columbia Basin region. Mary was born July 22, 1914, in Seattle, Washington,... View Obituary & Service Information

The family of Mary Margaret Lee created this Life Tributes page to make it easy to share your memories.