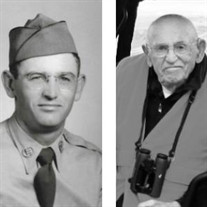 Percy F. Stepon, beloved husband, father, grandfather, great-grandfather, teacher, farmer and friend – passed away at sunrise on July 4th, 2018, in Ephrata. Percy was born to Charles and Mary Lou Stepon (Petrak) on July 22, 1927 in Wenatchee. He grew up and attended school in Quincy, graduating in 1946. After graduation, Percy worked on his father’s ranch, also as a truck driver and header operator on combines in the area. During this time, Percy met his wife to be, Lee, and after an adventure-filled life, they are still in love and best friends. As their life began together, Percy and Lee continued on the ranch, then he joined the Air Force. After his discharge, they returned and he worked for Grant County as a truck driver and grader operator. Percy and family then moved to Ellensburg, where he earned his teaching degree. Percy taught school in Ephrata for 30 years. During that time he also worked at gas stations and on farms. Percy loved wheat farming and worked summers in the wheat fields for his friend, the late Jack Daniel, then also for Raymond Mayer. Percy and Lee raised three children in Ephrata and were very involved in all their activities. After his retirement, Percy and Lee enjoyed traveling and camping in their 5th wheel. They were creative together - Lee made stained glass creations and Percy worked with wood. They also enjoyed old cars and were members of the local car club. Percy was always reading, often guiding and encouraging kids in the importance and fun of reading. Percy also loved the outdoors and hunting, mostly just being out in the hills, followed everywhere by his son and his son’s sons. Percy’s favorite place is the Weber Bros. Ranch, with Jay Weber. Jay has become an addition to the Stepon Family thru years of adventures and lots of caring. Jay, Charlie Weber, Jim Giacolone, Ernie Rampley, Randy and his sons, plus other “rangers” have also been up and down a lot of hills with Percy. All these souls from the ranch were dear to Percy and he was so important to them. Percy was preceded in death by his parents, his two brothers, four sisters, and by his grandbaby (Sally Lynn Stepon). Percy is survived by: His wife, Lee, the love of his life and his amazing companion; His daughter, Linda Reynolds (Stepon) with John Wells, in Salem, OR (Linda followed in her father’s footsteps and is also retired from teaching); His daughter, Cathy Motzkus (Stepon), her husband, Steve Motzkus, in Quincy, WA (Cathy inherited her father’s love of farming and animals, Steve has been an amazing son thru all these years); Percy’s son, Randy Stepon, his wife, Linda, in Emmett, ID (Randy and his Dad share a love of the outdoors, and the ranch). Grandkids: Marcus Shultz-Reynolds, wife Jessica; Andrew Reynolds; Tiffany Motzkus; Jennifer Herring (Motzkus), husband Travis; Joshua Stepon; Travis Stepon; Holly Stepon; Quentin Stepon. Great grandkids: Ty and Clara Schultz-Reynolds; Cheyenne and Makenzie Herring. A quiet, humble, gentle, and resilient soul, Percy led the way for his family with faith, courage, humor and a positive approach to life’s challenges. Not a rattlesnake bite as a teenager, or polio in the Air Force, or winning a bout with cancer in his later years -- could keep him from living a full and happy life with strength, wisdom, generosity and always doing for others. Thank you to all who have expressed sympathy to the family and shared stories about Percy. If you would like to provide additional remembering, feel free to email Randy ([email protected]), or mail Lee a note. At Percy’s request, there will be no formal services (but small gatherings in his name may occur in the future). In lieu of flowers, those wishing to memorialize Percy may consider donating to this fund: Percy F. Stepon Memorial Scholarship Paul Lauzier Foundation P.O. Box 1230 Ephrata, Washington 98823

The family of Percy Francis Stepon created this Life Tributes page to make it easy to share your memories.