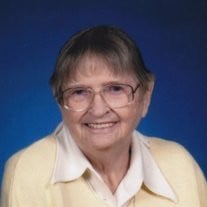 Phyllis Marie Korach September 9, 1923 – October 2, 2013 Some things are never so profoundly present as when they are absent. The passing of Phyllis Korach has left her family and friends with deep appreciation and a sense of gratitude for the many gifts she brought into their lives. Phyllis was “always there” for family and friends – a devoted, caring, loving presence noted for her soaring spirit. Phyllis was born in Hibbing, Minnesota, to Laurence and Hazel (Smith) Archibald. She moved back and forth among Minnesota schools in Nashwauk, Crosby, Coleraine, and Cloverdale before graduating from Nashwauk High School in 1941. At 18 she caught a train to New York to marry her high school sweetheart William J. “Korky” Korach on the eve of Pearl Harbor. Bill joined the Army Air Corps and Phyllis followed him from base to base in Arkansas, Texas, New Mexico and North Dakota. Their first son was born in 1945 in Seattle, where Bill began his insurance career. The family moved to Spokane, then back to Seattle, and a second son was born before they settled in Ephrata in the mid-1950s and Bill became a partner in his own very successful insurance agency. An accomplished artist with a wide range of subjects in oil, acrylic, and water color, Phyllis taught painting groups in several Columbia Basin cities. Her paintings were shown in one-artist shows throughout Washington and in group showings throughout the U.S. She was a charter member of the Sagebrushers in Ephrata, painted exhibition demonstrations at Expo 74 in Spokane for Galerie Barbizon of Houston, Texas, and counted as her biggest challenge the large wall mural she painted for the Grant County Historical Society depicting the rimrocks, wheatfields, and an old homestead of a century ago. Her talent and her joy in exercising that talent were obvious in the vibrant quality of the pieces she produced; customers, friends, students, and family continue to share in that joy as they display her work in their homes and businesses. A devout Catholic, Phyllis served as president of the altar society and as St. Rose of Lima Guild chairman as well as contributing to the McKay Nursing Home Guild. She and Bill built their dream house, much of it designed by Phyllis, on the golf course in Soap Lake in 1990, became members of the golf club and enjoyed years of golfing fun. Every year from January until December she filled the house with teddy bears to be donated as children’s Christmas gifts. An active member of the Antique Collectors Club of Ephrata, Phyllis was also an avid collector of antiques, particularly china, brass and pewter pieces, and oil lamps, which are still on display in her home. Because she loved traveling, she and Bill spent vacations and many of their retirement years enjoying tours and cruises in Europe as well as traveling throughout the U.S. They attended three baseball World Series, experiencing the 1989 earthquake at Candlestick Park. Perhaps not surprising for an artist, Phyllis especially enjoyed her time in Italy, Spain, and Portugal. Another highlight was a trip to the Korach family homeland in Yugoslavia. And always, most importantly, there was her family. Phyllis was preceded in death by her beloved parents and an infant brother. She is survived by Bill, her husband of 71 years; her two sons, Dr. Bill Korach (Ricky), superintendent of schools in Lake Oswego, Oregon, and Larry Korach (Theresa Fitzgerald) of Ephrata, whose devoted, loving care enabled Phyllis to remain in her own home for the past several years; four grandchildren: Kelly Korach (Hiroko), Kira Maloof (Josh), Jamie Cook (David), Shane Korach; and seven greatgrandchildren. Services will be at St. Rose of Lima Catholic Church in Ephrata on Friday, October 11, with recitation of the Rosary at 1:30 p.m., followed by the funeral mass. Interment is private. Memorials may be made to St. Rose of Lima Catholic Church. Please express your thoughts and memories for the family at www.nicolesfuneralhome.com Arrangements are under the direction of Nicoles Funeral Home of Ephrata, WA.

Phyllis Marie Korach September 9, 1923 &#8211; October 2, 2013 Some things are never so profoundly present as when they are absent. The passing of Phyllis Korach has left her family and friends with deep appreciation and a sense of gratitude... View Obituary & Service Information

The family of Phyllis Marie Korach created this Life Tributes page to make it easy to share your memories.