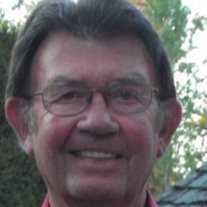 Ralph William Pheasant, 72, died Tuesday, March 26, 2013 at Central Washington Hospital of heart failure. He had resided in Ephrata since 2007. He was born in Okanogan WA on April 24, 1940, and graduated from Tonasket WA in 1959. After graduation he joined the Marine Corps and enjoyed serving the country that he loved. In May 1961 he married Judith Cathey. Ralph and Judith returned to the family orchard in Tonasket after an honorable discharge from the military and had two children, Rob and Cathey. In 1974 he began a 37 year career in trucking. First as independent, and then pursued long haul trucking with Gordon Trucking Inc. Ralph became a regional driver for Puget Sound Trucking Company in 1991, where he received a prestigious safety award for driving over two million miles without an accident. He retired in 2004 to work part time for the family farm, hauling fruit for Pheasant Orchards. He attended Ephrata United Methodist Church for many years and enjoyed NASCAR, football, family and snowmobiling at the cabin on Crawfish Lake. He is survived by his children, son Robert Pheasant of Auburn WA, daughter Cathey and husband Cory Cardwell of Eugene OR, and two grandchildren Daniel and Holly Cardwell; two brothers, Tom (Dolores) and Allan (Jody) Pheasant; and many nieces and nephews. He was preceded in death by his parents Edward and Eleanor Pheasant, his brother George Pheasant and sister in law Jackie. In lieu of flowers, donations may be made to the George Pheasant Food Bank, 1010 A St SE, Ephrata, WA 98823. There will be a graveside service at 1:30pm on Friday, March 29th at Valley View Memorial Park in Soap Lake, WA. Arrangements are made under direction of Nicoles Funeral Home of Ephrata, WA.

Ralph William Pheasant, 72, died Tuesday, March 26, 2013 at Central Washington Hospital of heart failure. He had resided in Ephrata since 2007. He was born in Okanogan WA on April 24, 1940, and graduated from Tonasket WA in 1959. After graduation... View Obituary & Service Information

The family of Ralph William Pheasant created this Life Tributes page to make it easy to share your memories.