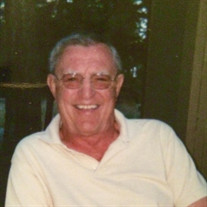 Richard E. (Rich) Clayton, 72, of Pasco, Washington, passed away on Thursday, August 20, 2015 in Las Vegas, Nevada. He was born May 4, 1943 in Bozeman, Montana to Mary and Doc Clayton. He was the seventh of eight children. Rich graduated from Ephrata High School in 1962. From there he entered the United States Army and served during the Vietnam era. After the military, he met Linda M. Bessett. They married in Moses Lake, Wash. on November 5, 1966. Over the next 10 years, they became parents of three sons all while living and working around the country. Rich was an engineer for Bechtel for 27 years. He worked on the Bay Area Rapid Transit as a QC Engineer for several years, and then transferred to Pottstown, Pennsylvania where he worked at the Limerick Nuclear Power Plant. Several years later, Rich transferred to Bechtel’s home office in San Francisco, Calif. Sometime later he and his brother Chet started their own business, C & C Maintenance, in Snohomish, Wash. for a couple of years. He sold the business and returned to Bechtel for the remainder of his career, while living in Arroyo Grande, Calif.; Lompoc, Calif.; Pottstown, Penn.; Kennewick, Wash.; Omaha, Neb.; Granbury, Tex.; and Pasco where he retired in August of 2011 from the Hanford Waste Treatment Plant. When his boys were growing up, he looked forward to watching their high school football, basketball, wrestling, and baseball events. He loved attending Seattle Mariners’ games in Seattle. Rich loved taking his grandkids camping and fishing, and the weekly family poker nights.Thanksgiving and Christmas gatherings were at the top of his list of favorites. Rich cherished the week he was able to spend with his own family at Newport Beach and Disneyland. As a retiree, Rich enjoyed the usual gatherings with family, visits with his brothers and sisters, and attending Mariners Spring Training games in Peoria, Ariz. While his oldest son was living and working in Australia, Rich and Linda were able to spend a month traveling Australia’s Gold Coast, from Brisbane to Sydney – the highlight of his retirement. Rich is survived by his wife of 49 years, Linda Clayton of Pasco; three sons, Matt Clayton (Michelle) of West Richland, Wash.; Joe Clayton (Holly) of Pahrump, Nev.; Andy Clayton (Laurie) of Pasco; nine grandchildren, Calin, Payson, Alexis, Jaxon, Jace, Dane, Camryn, Carsyn, and Cannon; one brother, Don Clayton; four sisters; Maryann Bolyard, Adelle Rath, Nola Williams, Lora Fronsman; numerous nieces and nephews; three lifelong friends, Bob Bessett, Vaughn Downing and John Bessett; and many more close friends. He was preceded in death by his parents, Doc and Mary Clayton; brother, David Clayton; brother, Chet Clayton. Rich was a loving husband, father, and grandfather. He will be greatly missed by all that knew and loved him. Memorial services will be at the Valley View Memorial Park in Soap Lake, WA at 1 p.m. on Saturday, August 29, 2015. Following the service we will have a celebration of Rich’s life in the banquet room at Don’s Restaurant in Soap Lake. Please express your thoughts and memories for the family at www.nicolesfuneralhome.com. Nicoles Funeral Home of Ephrata, Wash. is in charge of arrangements.

Richard E. (Rich) Clayton, 72, of Pasco, Washington, passed away on Thursday, August 20, 2015 in Las Vegas, Nevada. He was born May 4, 1943 in Bozeman, Montana to Mary and Doc Clayton. He was the seventh of eight children. Rich graduated from... View Obituary & Service Information

The family of Richard Elson Clayton created this Life Tributes page to make it easy to share your memories.