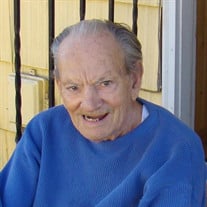 Robert Francis (Bob) Gumminger, 87, of Ephrata, Washington, passed away on Thursday, July 30, 2020 at Columbia Basin Hospital in Ephrata. He was born May 28, 1933 in Kansas City, Missouri to Edward H. Gumminger and Genevieve R. (Griffith) Gumminger. Robert enlisted in the U.S. Marine Corp. at the age of 18 and served three years during the Korean War. He was a construction worker in Florida and then moved to California where he met is first wife, Judith Ann Miller. They had three children, Janine, Robert Jr. (Butch), and Ron. His first wife, Judith, passed away unexpectedly. He later married Ethel F. Davis, and they had three children, Floyd, Jacklyn, and Joe. Bob had many different careers through the years. He served as a custodian for the Soap Lake School District and continued custodial duties working for a contractor before retirement. Bob was known for his love of vegetable gardening, especially his tomato plants. He also enjoyed woodworking in his shop and building birdhouses. Bob was a very giving person, and many neighbors and family benefited from his generosity - tomatoes and birdhouses for everyone. Bob also enjoyed listening to the radio, reading, and learning about history and natural history. Being on time was also very important to him, especially mealtimes. Bob will always be remembered for his unique sense of humor and the love he had for his children and grandchildren. Bob was preceded in death by his first wife, Judith Ann; his daughter, Janine M. Sikes; his parents, Edward and Genevieve; his brothers, Edward Jr., Tom, and Ralph; and his sisters, Dolores Walker and Dorothy Betros. He is survived by his wife, Ethel; his brother Gerald (Margaret); his children Robert (Butch) Jr. (Brenda), Ron, Floyd (Tawnya), Jacklyn (John) Keaton, and Joe; his grandchildren, Kaila (Jonathan) Evans, Nathan (Emily) Gumminger, Dylan Gumminger, Jack Gumminger, Haylie Gumminger, Lexi Gumminger, and Ashlee (Zachary)Fairfield. Bob will be laid to rest in Valley View Memorial Park in Soap Lake, WA with a private service to be held at a later date. Condolences and memories can be shared with the family on Robert Francis Gumminger’s obituary page at https://www.nicolesfuneralhome.com . Arrangements are under the care of Nicoles Funeral Home of Ephrata

The family of Robert Francis Gumminger created this Life Tributes page to make it easy to share your memories.