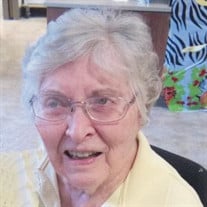 Shirley Frances (Roeder) Kalmen, left us on August 2, 2016 to be with her loving Father in heaven. She was our rock and steady hand and she will be sorely missed by many and especially sister, Gaye. On February 20, 1925, she was born to John and Frances Roeder, leading the way for her brother Jack 1 ½ years later and then for little sister Gaye, ten years later. All three children were born in Everett, Washington. Shirley graduated from Everett High School in 1943, 4th in a class of 354. She attended Washington State University, graduating with a BS in Pharmacy with Highest Honors, continuing on to receive her Masters in Pharmacy. Among the many things she accomplished were: Instructor of Pharmacy at Oregon State University, receiving her Master of Religious Education at the New York Biblical Seminary, Chief Pharmacist at the Ganado Navajo Indian Mission, where she enjoyed memorable activities and made some of her closest friends. She worked in many local pharmacies including Grand Coulee, Moses Lake, Othello and Ephrata. Shirley maintained that one of her greatest achievements, was the fact that she played and lettered on the WSU women’s field hockey team and was the only non-physical education major on the team. In the fall of 2004, she elected to move to Garden Oasis, an Assisted Living facility. She was later moved to Long Term care at Columbia Basin Hospital Complex. The staff at all sections of CBH were so good in their care of her. Her family is so grateful for that loving care. Shirley was an inspiration to all who knew her as she led a steadfast Christian Life. Her family especially held her in high esteem. She was very involved in her Church and her faith, and led an athletic life with her nephews and grandnieces and grandnephews. She showed us, by example, the path of life we should choose to follow. Shirley is survived by her sister, Gaye Scheib and her sister-in-law Sally Roeder, four nephews and three nieces and many grand-nephews and grand-nieces All of these know her as just “AUNTIE”. And those nephews, now 6 foot tall, were often carried on her shoulders on family hikes. Her parents, John and Frances Roeder, preceded her in death in 1963 and 1986 respectively. Also, preceding her in death her brother-in-law, Ronald Schieb in 2016, her sweet and special niece, Laura Caroline Roeder Price in 2003, and in November of 2009, her brother Jack Fred Roeder. Private family burial will be held at a later date. Nicoles Funeral Home is in charge of arrangements.

Shirley Frances (Roeder) Kalmen, left us on August 2, 2016 to be with her loving Father in heaven. She was our rock and steady hand and she will be sorely missed by many and especially sister, Gaye. On February 20, 1925, she was born to John... View Obituary & Service Information

The family of Shirley F Kalmen created this Life Tributes page to make it easy to share your memories.