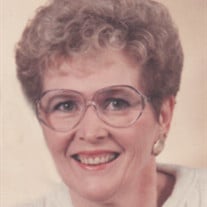 YVONNE MARIE HOYT Yvonne Marie Hoyt, almost 82, and a longtime Ephrata, Washington resident, passed peacefully into the arms of our Lord on Friday, April 18, 2014 (Good Friday) at Bonaventure in East Wenatchee, Washington. She was born Yvonne Marie Cossart in her grampa’s house in Hoogdahl, Washington on August 19, 1932. She graduated from SedroWoolley High School and attended Western Washington University in Bellingham. Yvonne married the love of her life, Richard Raymond Hoyt on June 22, 1952. She adored him and created a loving home where they raised three children together. Von loved nothing more than following her husband wherever he would go. They had many wonderful adventures together and the two of them created great memories for each other and their children – Pam, Kevin and Kendall. Von worked for the Ephrata School District for 26 years, the biggest portion of that for Ephrata High School. She loved watching kids graduate, supporting athletics, chaperoning dances, being cheerleader advisor, and other school activities. After retirement from Ephrata High School, Von worked at Milady’s Shoppe, Harrison’s Diamonds & Designs, Moore Furniture and Canfield & Associates. She loved rooting for her “Cougars” and some of her favorite times were going to the Cougar games in Pullman with family and friends. She was an active member of Beta Sigma Phi and Ephrata Methodist Church. There was never a baby that she wouldn’t insist on holding, or a dog she couldn’t pet. She loved dancing, nature and entertaining. When she was happy she was singing or humming. Von believed in love, faith, forgiveness and second chances. Von would have liked you to know that as God has called her home she has experienced a REAL LIFE. Von is survived by her loving husband of 62 years, Richard, of Wenatchee; daughter Pamela (Paul) Hungenberg of Greeley, Colorado; son, Kendall (Diana) of Manson, Washington and grandchildren, Jessa (Whitney), Hoyt-Yeager Chad (Lexi) Hoyt, Alexander Hoyt, Dawson Hoyt, Jared (Chelsey) Hungenberg, Jason (Cassie) Hungenberg, Jordan (Elaine), Hungenberg, Kathy (Brett) Myatt; great grandchildren, Carter, Hayden, Weston, Jackson and two more babies on the way!Von is also survived by her brother Ivan (Sue) Rasmussen; and sister Rita (Mike) Forst, both of Mount Vernon, Washington; and brother, Bill Rasmussen. She was preceded in death by her son, Kevin; and her mother and father, Lilly and Reider Rasmussen. Von will be missed by many friends and extended families including her wonderful nieces and nephews. Services were held Tuesday, April 22, 2014 at Ephrata United Methodist Church in Ephrata. Donations may be made to the “Yvonne Hoyt Memorial Fund”, in care of Richard R. Hoyt at any Chase Bank, and will be used for Ephrata High School scholarships.

The family of Yvonne Marie Hoyt created this Life Tributes page to make it easy to share your memories.